Get fresh music recommendations delivered to your inbox every Friday.
We've updated our Terms of Use. You can review the changes here.

from 30 AWD YEARS by Awdbawl 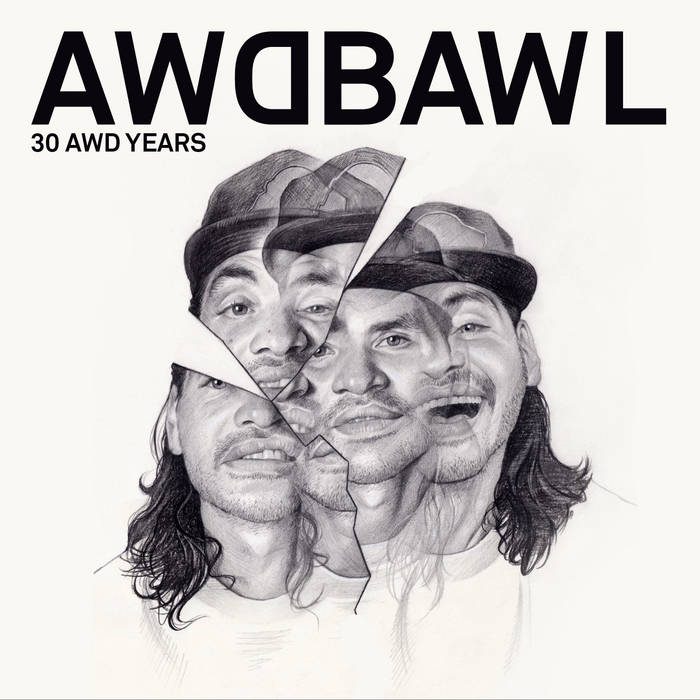 You may have known that
I used to be a stay at home dad
All day alone
Veda was a baby, oh man
I was hanging on
Thinking that it may have gone bad
But she was like an angel that was laying on land
So we would play the most each day, it don’t last
That’s why people say that old cliche it goes fast
Just a little lady hanging with her old man
Trying to make it through the mayhem of a day with no naps
I wish that I could bottle up the past
And all of the tomorrows that’ll follow but I gotta let it pass
Cause every moments gone in like a flash
So I’m just glad I got em in my noggin she’s my daughter I’m her dad
But she’s growing up quick
And I know it won’t quit
Cause her only dope kicks are showing they don’t fit
She’s the host, I’m a guest
Just two virgo’s on a quest
With a new ergo on my chest
Yes

To the precious little queen I held
Its been a dream since 2015 until
So any minute in between if you need dads help I’ll be there
ForEveryLittleThing
Thats F.E.L.T.

I’m Veda sitting playing instrument songs
I may just make a written she won’t listen for long
You’re like a mix of ur moms only miniature
With a little sisterly charm
And a hint of something sinister
You’re like what I am only tiny and dwarfed
Like a lion, or a tiger or a tyrannosaurus
Your not a tyrant till your tired and bored
That’s when the violence and war starts
And bed times applied and enforced
So every night we got a five minute warning
That’s our nightly performance
It expires then you whine and ignore it
So when you’ve finally fallen asleep
The wines starts pouring
Till you climb out of ur sheets saying hi like good morning

So to the precious little queen I held
Its been a dream since 2015 until
So any minute in between if you need dads help I’ll be there
ForEveryLittleThing
Thats F.E.L.T.

Do you and loop it.
-Awdbawl Pawl